Republicans in denial: They still can’t accept that years of festering racism made Trump 2016 possible - Salon.com “Topics: Donald Trump , Editor's Picks , Elections 2016 , Hillary Clinton , Racism , Richard Nixon , Rick Wilson , sara palin , Elections News , News , Politics News The "Never Trump" forces in the Republican Party have not completely surrendered yet. The last couple of days have brought fresh speculation that Republicans may still try to pull off some sort of coup at next month's convention, dumping Donald Trump off the ticket and replacing him with whatever cannon fodder they can find who doesn't m...”

“For more than a year, the Trump campaign has systematically tried to deny journalists access to press events and public rallies, restricting reporters to designated media "pens" and displaying hostility toward anyone daring to cover the candidate from a critical perspective. Last August, security ejected Univision's Jorge Ramos from a Trump press conference after he asked a question about Trump's racist immigration policies. Six months later, the Secret Service "throat-slammed" TIME photojournalist Christopher M...”

“One year ago, a white supremacist obsessed with the Civil War fatally shot nine black parishioners at Emanuel African Methodist Episcopal Church in Charleston, South Carolina. Afterward, when photos of alleged shooter Dylann Roof posing with a rebel flag appeared, South Carolina Governor Nikki Haley called for the flag to come down from in front of the state Capitol. Donald Trump, then only days into his 2016 campaign, said he agreed with her decision . "I would take it down, yes," he said. "I think they should put...” 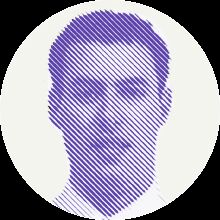 “A growing number of prominent U.S. corporations are opting to drop or scale back their sponsorship of the Republican national convention next month in Cleveland, as the nomination of Donald Trump promises a level of controversy rarely seen in such gatherings. Among those to signal in recent days that they won't sponsor the convention this year are Wells Fargo & Co., United Parcel Service Inc., Motorola Solutions Inc., JPMorgan Chase & Co., Ford Motor Co., and Walgreens Boots Alliance Inc. All of those companies spon...”

“This is viewer supported news A new USA Today exposé finds hundreds of former employees and contractors have accused Republican presidential presumptive nominee Donald Trump and his businesses of failing to pay them for their work. Victims have included a dishwasher in Florida, a glass company in New Jersey, a carpet company, a plumber, 48 waiters, dozens of bartenders at his resorts and clubs, and even several law firms that once represented him in these labor lawsuits. We speak to Steve Reilly, an investigative...” 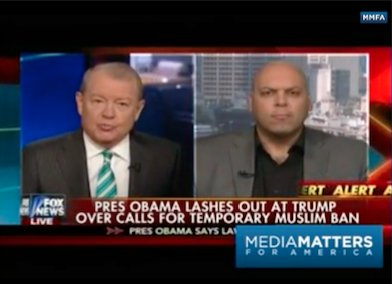 “STUART VARNEY (GUEST HOST): Why can't we put a temporary ban in place whilst we figure out exactly who it is that's coming to this country? Now, it's not because that whether the Orlando shooter was -- came to this country or not. It's a question of we ought to know precisely who is coming to this country. And in the case of the Syrian refugees who are coming in now, we don't know everything about them. I mean, is it too much to ask -- AMER ZAHR: Well, that's not true. VARNEY: We're being attacked here. 49 dead in O...”

“Trump declined yesterday to be interviewed. His assistant, Norma Foederer, said that she had not read the book but understood that it was filled with mistakes and that the public would be well advised to ignore it. O'Donnell's account is the first open criticism of Trump by a former executive of his casinos. Departing Trump associates have often signed pledges of confidentiality as a condition of substantial severance pay. O'Donnell, whose father founded Bally Manufacturing, the slot machine, casino and pinball gian...”

#trump
Sorted by most-recent
Indexed 1 day ago
Archive View
Shared by Dennis Mack and 2 others
Shared by 3 people
salon.com “"Late Show" host Stephen Colbert last night reduced GOP nominee Donald Trump's self-congratulatory response to the weekend's mass shooting in Orlando to a simple diagram. Almost immediately after news of the attacks broke — and well before details became clear — Trump wrote a series of tweets effectively bragging about "being right on radical Islamic terrorism" and saying, "I called it and asked for the ban." Appreciate the congrats for being right on radical Islamic terrorism, I don't want congrats, I want toughnes...” 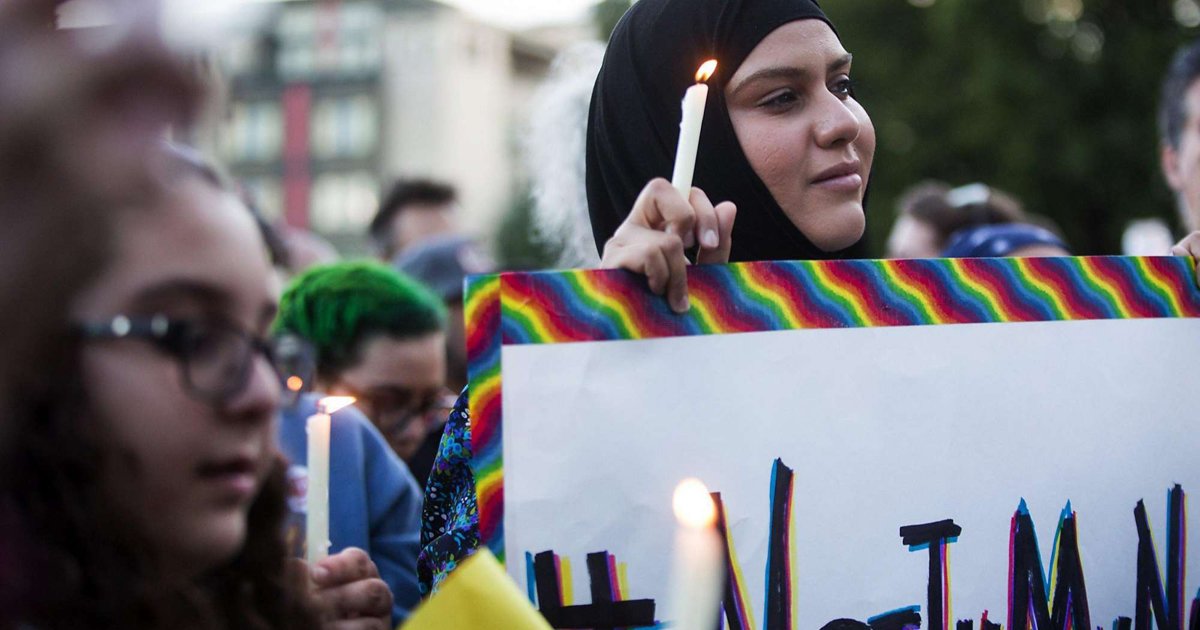 “Bill Maher isn't a fan of presumptive GOP nominee Donald Trump, so he took a moment to send a very special birthday message on The Donald's 70th year. "You look great!" Maher began. "It's true what they say, orange don't crack," he said adopting the popular African-American saying "black don't crack." "So, Don, enjoy your special day with your wife Melania, your daughter Ivanka and your sons Dick for Brains and F*ckface," Maher continued. "And you're 70 this year, go for broke. Like your casinos." Maher recognized...”